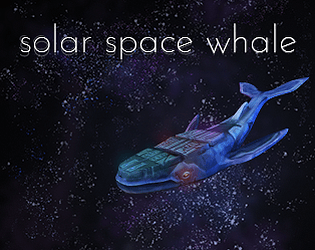 Made in eight hours for the June Berlin MiniJam, Richard, Julian Pieper and I discussed the idea of a city on the back of a space whale. Given the short time for the jam we simplified the city to being just powercells on the whale’s back. The gameplay is built around memory; players must remember which colour meteors they’ve placed into each cell. If they overload a cell with a colour it already has, the cell will power down for a time.