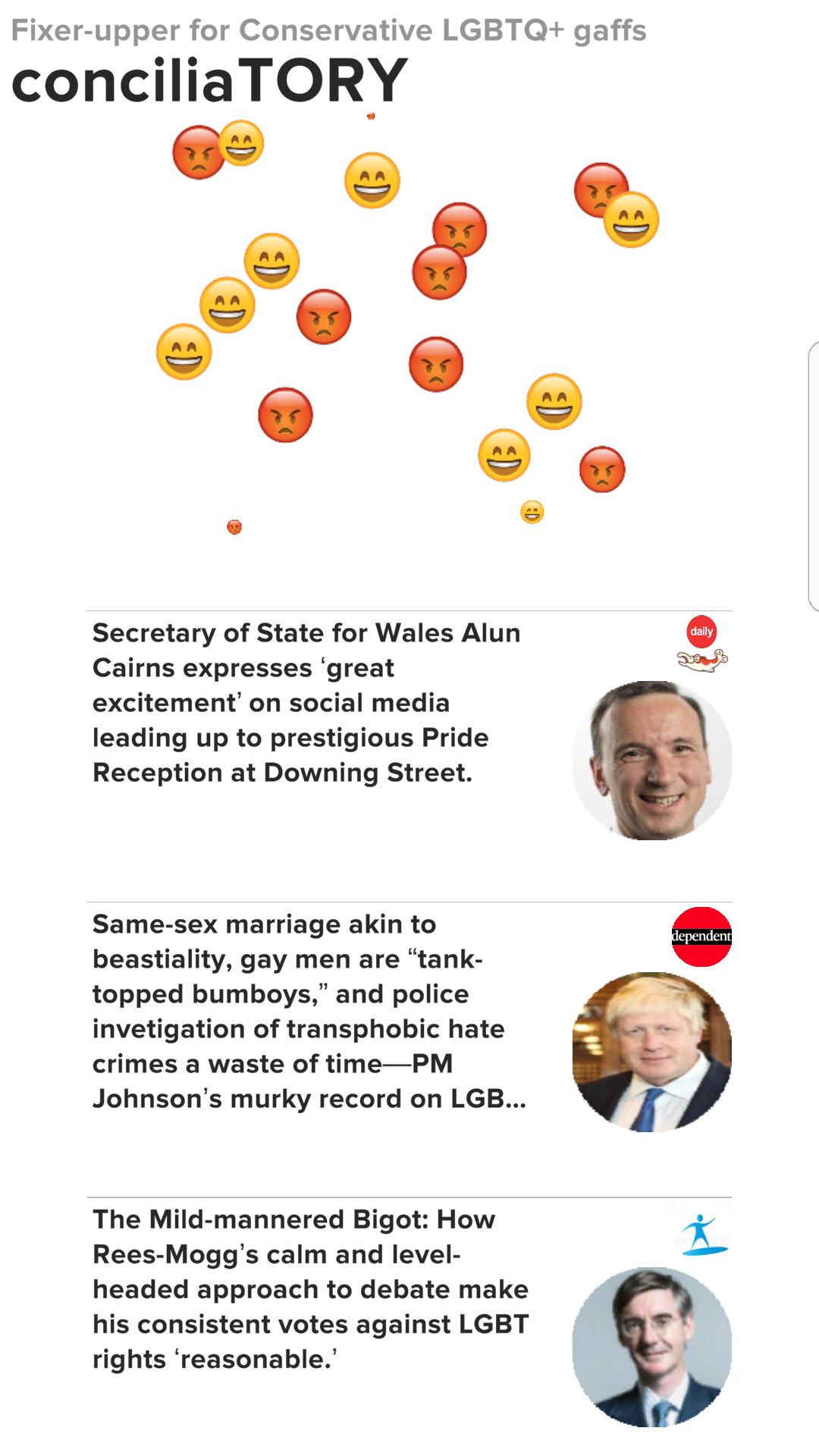 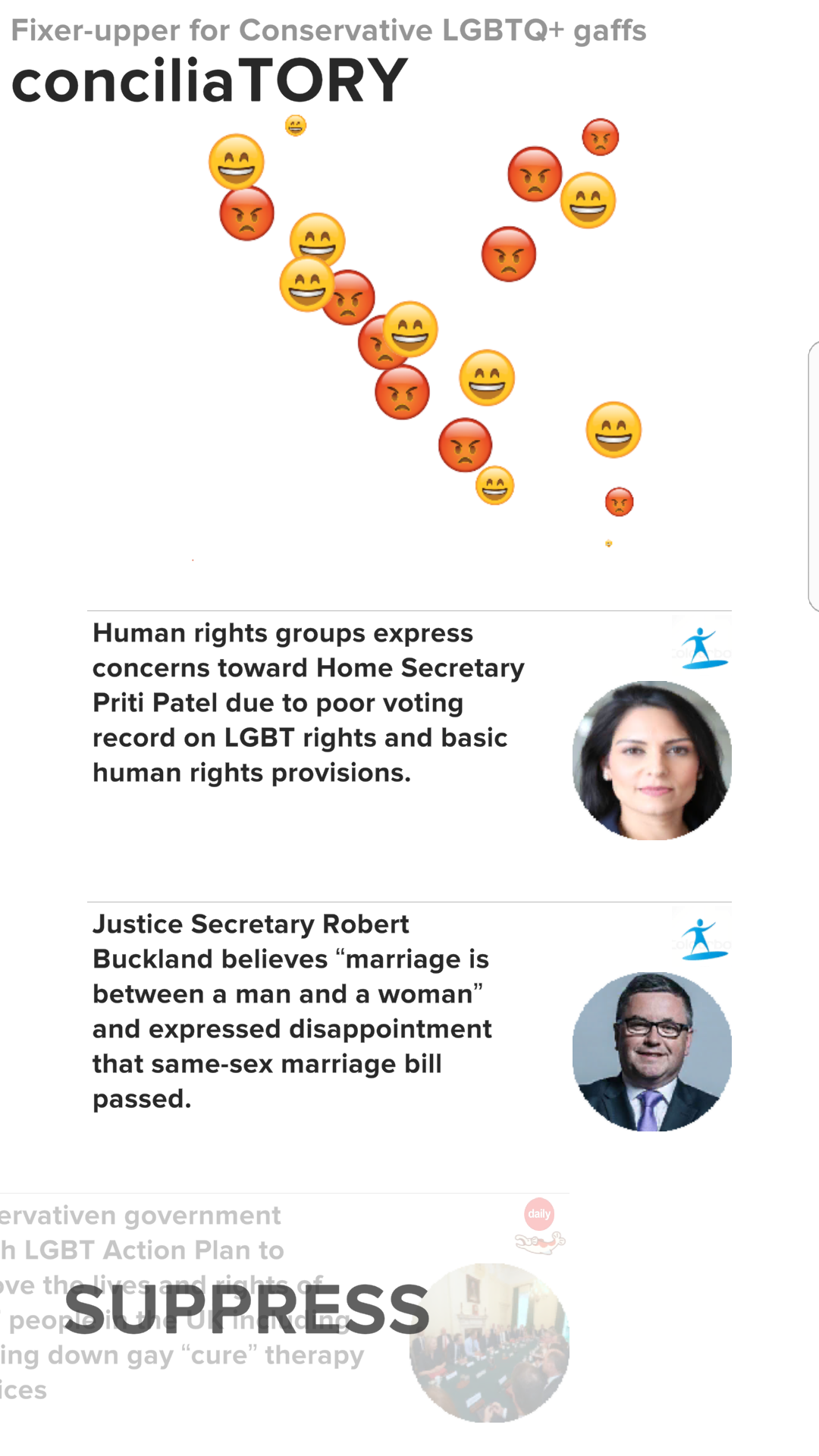 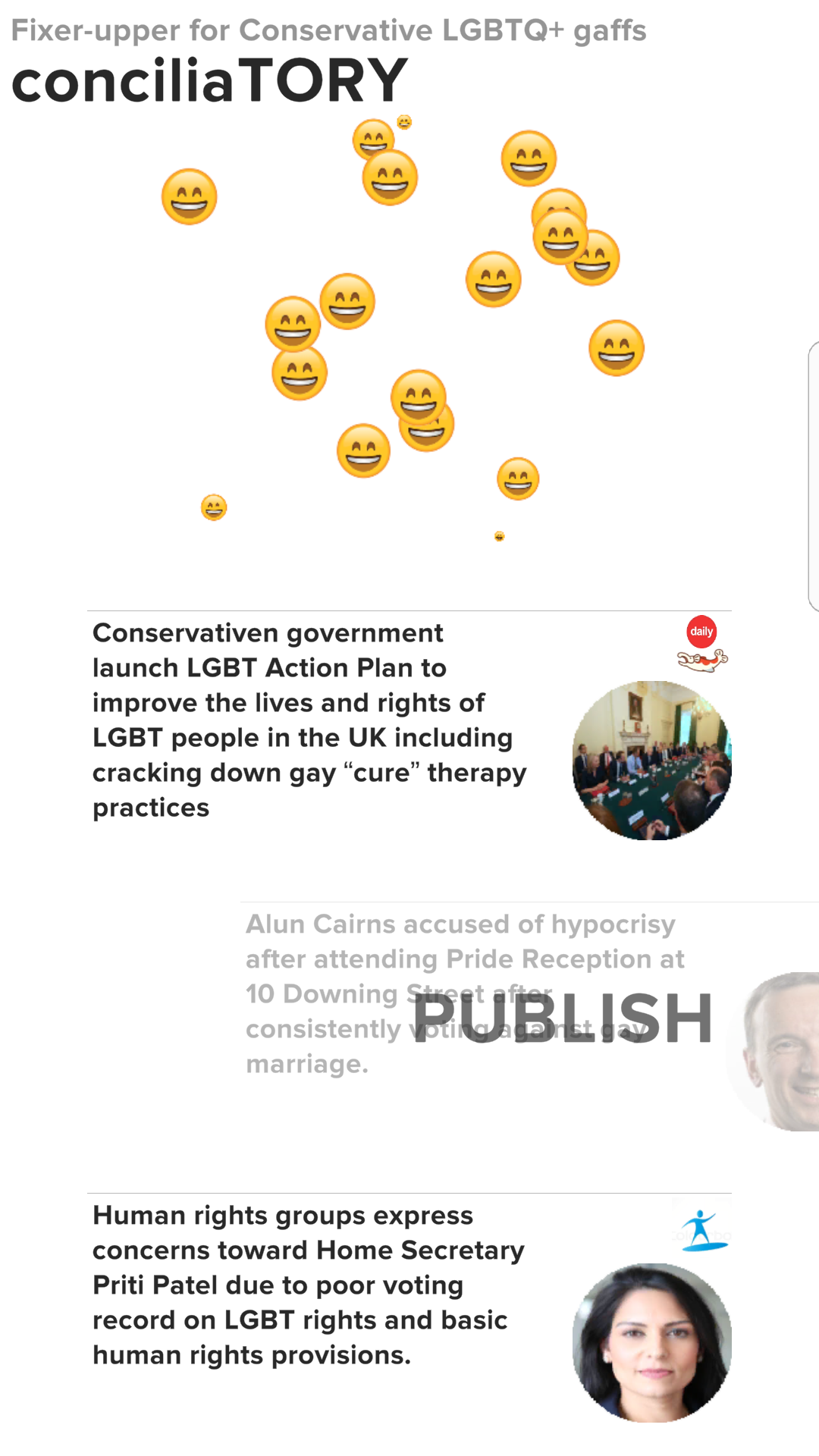 Made for the GAY(M) Jam 2.0, Leon and I had discussed making a political work that forced players to confront real-world truths. Papers Please was a useful reference point, as we teamed up with Dom and Martin King to make a game that posed as the app a Conservative LGBTQ+ spin officer might use to suppress stories.

As a political work, especially a work with an explict bias, it was important to us to use real stories about the Conversative party. The jam was very short so many ideas were cut, but the most interesting challenge was how to show public sentiment to your actions. Much of the design of the ‘app’ was taken from Tinder and Twitter, but it was various livestreaming services (such as Instagram Live) that provided a solution here. An inverse-waterfall of emoticons rises above the feed, the proportion of happy to sad indicating your performance, and the number of them showing your current social reach.